Chris Webber has an Offer from Greece

According to ESPN’s Chris Sheridan:

“Chris Webber has a multi-million dollar contract offer on the table from Olympiacos of Greece, and he plans to decide by this weekend whether to accept it or wait on the sidelines for another chance at playing in the NBA.

Two sources familiar with the offer told ESPN.com that Olympiacos was offering a two-year deal that would net Webber between $10 million and $12 million, which would make him the highest-paid American player in Europe.

Webber has said he is leaning toward returning to the Detroit Pistons, although signing Webber prior to training camp, even for the veterans’ minimum, would have cap ramifications that the Pistons want to avoid. Webber is said to be comfortable with the idea of waiting at least a month or two for the Pistons’ roster issues to work themselves out, which would allow him to join them in midseason as he did in 2005-06.”

At this point how do Pistons fans feel about Webber’s return. Do we still think he’s the missing piece? 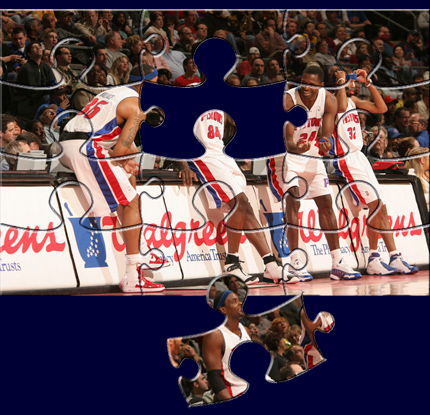 Thanks to Nick(Team N4S) for the Tip.