Known for their lists, Forbes magazine just published one that has me scratching my head. The list has nothing to do with sports or basketball, but I know most of you will be just as surprised as I am when you see who # 10 is.

Highly rated pundits don’t lack for confidence, an issue Walton doesn’t have to worry about. Given his stature as a former basketball great, NBA fans take to Walton’s willingness to pull no punches when it comes to criticizing players and teams. His enthusiasm for the game is also infectious.

I will start with this, I have to agree that Bill is Confident, Experienced, with Good Energy. He defiantly brings enthusiasm to the game. And the last thing that you would say about Mr. Walton is that he’s lacking confidence, in fact he has so much that he would probably make the the Forbes Richest List if he sold some off piece by piece.

What this doesn’t tell us is Bill’s need to go off on incessant rants about the state of the coffee growers in Colombia when your favorite team just ties the score in a critical playoff game. Nor does it list all of his ridiculous comments, that I guess actually bring enjoyment to some, but really just have most people wondering if he actually just said “Dwyane Wade, it’s as if Michelangelo sculpted it in a dream, he’s just so cut, and his posture, the rack upstairs with those shoulders, so broad.” 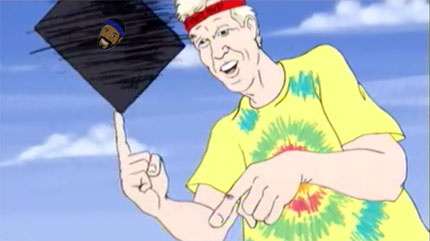 Take him or leave him, Bill is Bill. He will always rub people the wrong way but I guess the list just shows that some actually do take Bill’s statements to heart when he tells us that, “Greg Ostertag is one of the top centers on this planet!”. I just don’t want to be around those people.

Do we blame Forbes for this one or the American Public?