I know, I know everyone thinks Kevin Durant is a lock for Rookie of the Year this upcoming season since Greg Oden’s injury, but from how some are talking about Rodney Stuckey I wouldn’t be so quick to put my money on Durant.

Stuckey, who averaged 24 points his last two seasons at Eastern Washington had jaws dropping all summer long. After seasons end I have the feeling that Rodney will become the steal of the 2007 NBA Draft. From what I have seen so far, Stuckey has lived up to everything and more, but I don’t want to get too far ahead of myself since he hasn’t played a regulation NBA game yet. Pistons fans are hopeful that Stuckey is all that and more.

If Rodney actually does win Rookie of The Year Honors he will be in great Pistons company. The only Pistons on the list are:
1994-95 – Grant Hill and
1966-67 – Dave Bing

If all goes well Joe Dumars is going to come out looking like a genius. 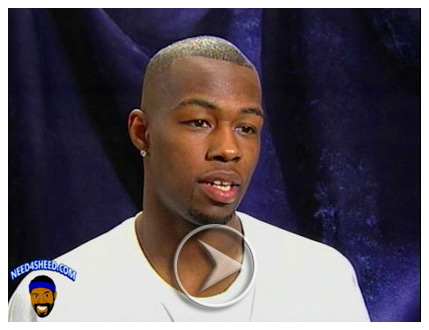 Video courtesy of The Detroit Pistons

If you are like me and you want to get on the Stuckey bandwagon early, you can decorate your computer screen with this Rodney Stuckey Wallpaper.