Most of us know about Rasheed Wallace’s storied past, from his days at Simon Gratz High School, where he was named High School Player of the Year in 1993, to his college days at The University of North Carolina.

Rasheed started his NBA career in 1995 when he was drafted by the Washington Bullets and the following season was traded to The Portland Trail Blazers. Pistons fans know the rest, he was traded to the Atlanta Hawks mid season of 2004 where he played one game and was then dealt to The Detroit Pistons where he helped them win the 2004 NBA Championship.

There is a little known fact that many of you are probably unaware of, somewhere in that time line Rasheed Wallace played for the Carolina Beat. 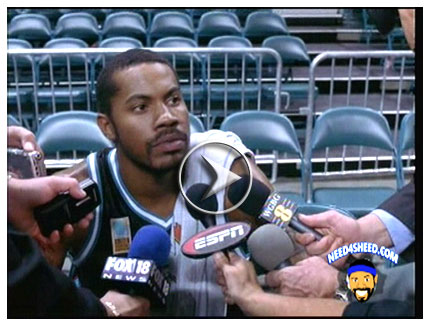 Video highlights of Rasheed on The Carolina Beat

Bet you didn’t know Vlade was his teammate either.