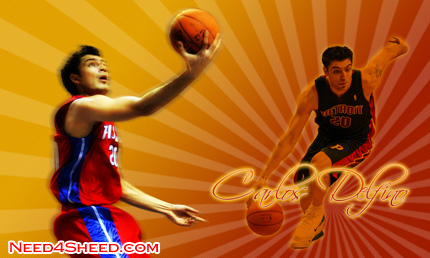 The Pistons made their first move of the off-season Friday, shipping Carlos Delfino to Toronto in exchange for second-round picks in the 2009 and 2011 NBA drafts.

The move clears almost $2 million in room under the NBA’s salary cap and would appear to make it even more likely that the Pistons will have a roster spot available for Alex Acker, a 2005 second-round draft choice who spent last season in Greece after playing his rookie year with the Pistons.

There is also a very good possibility that the Pistons will draft a perimeter player with the 15th pick of the June 28 draft, given the way the draft is shaping up. Among the possibilities there are small forwards Al Thornton of Florida State and Thaddeus Young of Georgia Tech, shooting guard Nick Young of Southern Cal and combo guard Rodney Stuckey of Eastern Washington – all players who would have competed with Delfino for playing time.

“We appreciate everything Carlos did for us while he was here,” Pistons president of basketball operations Joe Dumars said, “and we wish him all the best with Toronto.” Via Pistons.com