This coming season the Pistons organization turns 50 years old. What does this mean for fans? Plenty. For one thing the Pistons will be donning a new center court logo to commemorate the occasion. They also will be wearing new “retro” uniforms during the season. So get ready to buy some new gear next season so you can show your Pistons allegiance “old school” stlye.

This is a video from the Pistons season wrap-up that goes into more detail about the historic occasion. 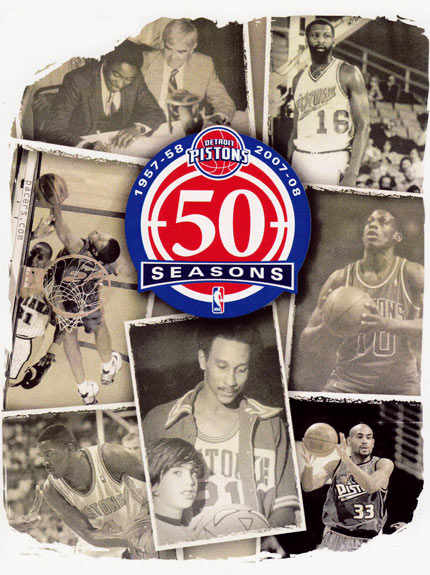 Photo courtesy of The Detroit Pistons