By chance I happened to catch Joe Dumars interview in 1270 XYT Tuesday afternoon. Joe had quite a few things to say about Sheed, Flip, team chemistry and some trade rumors. Without naming names, even though it was quite clear who he was talking about, he said Phoenix is asking for 2 of the Pistons starters (didn’t name names) and both of this years draft picks for Shawn Marion.
What is Steve Kerr thinking? No thanks!

Check out the whole interview right here at 1270 XYT. 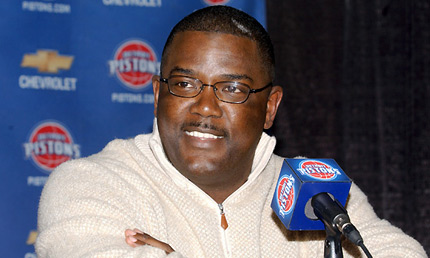