Like me, many of you are going through Pistons withdrawal. I have just the medicine you need, a great video of the best moments from the 06 -07 Pistons season. It was a great season full of amazing plays. Jason Maxiell had his share of highlights, but if you ask me Sheed’s amazing 60 foot shot tops my list. 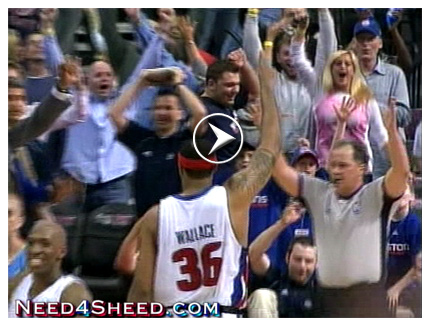