This Playoff series with The Bulls is more then just an old rivalry renewed. This one is personal for Pistons fans who need to let Ben Wallace know what they think of his red, white and blue betrayal.

A lot has been said about Detroit fans booing Ben every time he touches the ball. There was even a bit of heckling by some fans sitting behind the Bulls bench at game two that got under Ben’s skin a bit. Love him or hate him, appreciate him or not, Ben was part of something special in Detroit and now he’s not. He’s the enemy when he walks into our house and you best be sure that Pistons fans are going to let him know it. 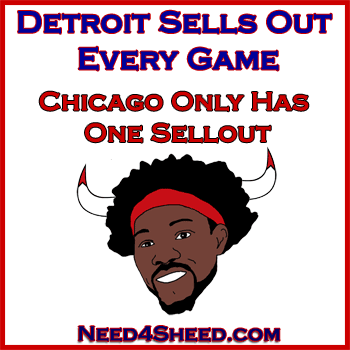 Over the last two games The Palace has been littered with anti Ben posters. This one in particular is a little close to my heart since it more than inspired by something I did here on Need4Sheed. 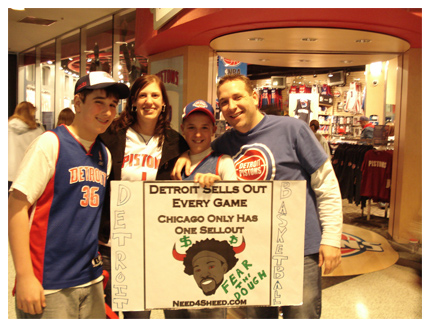 Need4Sheed reader Chris Brown, along with Danielle Lizotte and his nephews Tyler and Trenton Hubbard from Battle Creek, MI were kind enough to send along this picture to let me know that they weren’t going to let Ben off easy.

Detroit is a state of mind.