Pistons vs.Bulls or as most Pistons fans would call it, Pistons vs. Ben Wallace. 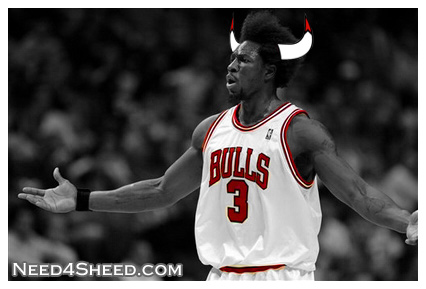 The Pistons second round matchup is a doosie! Detroit is playing a team that has been a rival of The Pistons for many years. A team most Pistons fans more than hate, but when you add Ben Wallace to the mix things heat up.

I would say that most Pistons fans have not forgiven Ben for leaving the city that made him who he is. Plenty of Pistons fans now have a severe dislike for the man they once revered. As we know from the Pistons first meeting with the Bulls at the Palace, Pistons fans are going to be less than friendly to Big Ben. In fact, it is now our job as Pistons fans to do everything in our power to root against him. It is the playoffs you know… It’s win or go home and we would love to send Ben and the rest of The Bulls packing Detroit style.

A few days ago I received an interesting e-mail from Need4Sheed reader Eric Timmer that I thought I would share with you.

Dear Natalie,
My name is Eric Timmer from Imlay City, Michigan, but I now live in West Palm Beach Florida. Love the site, and I wanted to send you these pictures of me teeing off on my beloved Ben Wallace bobblehead. This is the night that I heard he had turned into Benedict Arnold and signed with the Bulls. 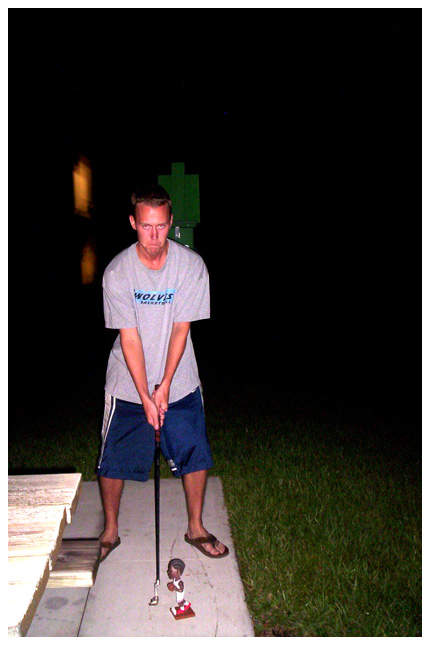 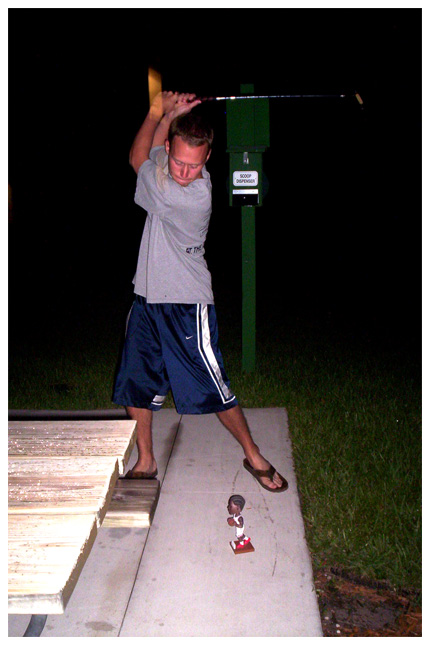 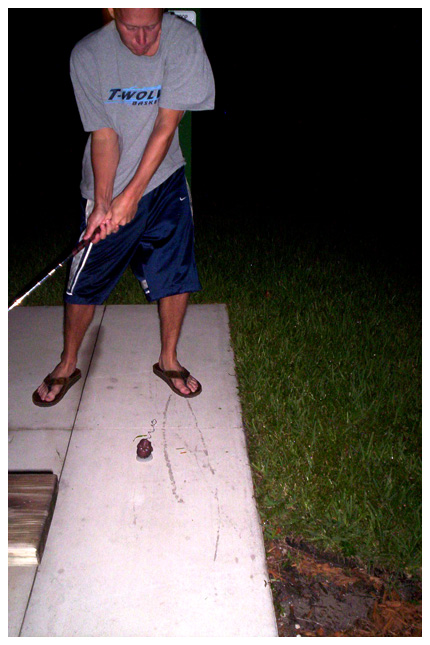 Now I am sure many of you can truly appreciate Eric’s pain. What could be better than taking a golf club and teeing off on Ben’s bobble head? I especially love that fact that Eric is even addressing the ball head correctly, with the right grip and all (nice form by the way).

I for one had a feeling Ben was on his way out of Motown, so the news didn’t surprise me. I appreciate and thank Ben for what he did for the franchise but I won’t be cheering for him any time soon. In fact I think The Pistons organization should play the famous Big Ben Gong whenever he misses a free trow at the Palace.

I would actually like to know what Pistons fans think. Love him or hate him that’s the question. You have to pick one, there is no in between.