Detroit fans showed no mercy towards Darko in his return to The Palace. There is some animosity toward Darko around these parts, but I don’t think anyone wants to clock him with a Louisville Slugger.

That doesn’t seem to be the case in his hometown though. When asked what he thought about the boo’s he received in Detroit he had this to say, “I don’t really care,” he insisted. “Back home fans used to throw baseball bats at me. They used to try to kill me back home, that’s why I don’t even care.” 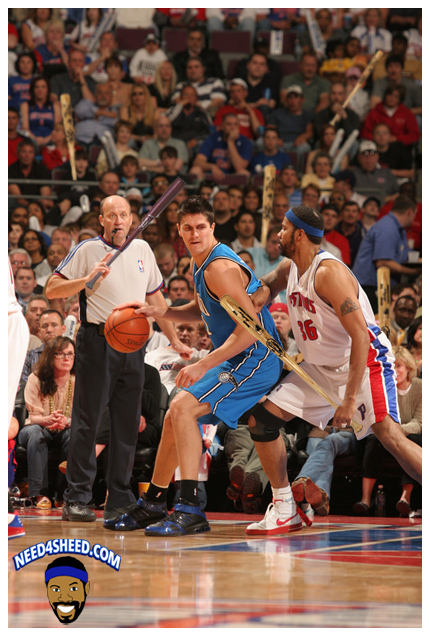 What in the hell did Darko do back home? Rasheed did call him a “Serbian Gangster,” so who knows.