Pistons – Magic: Jameer got his wish

That Magic time has arrived, the time we all wait for. It’s playoff time and The Pistons and their fans are ready to for a long playoff run.

I could go into a playoff preview but you have heard it all before. Matt of Detroit Bad Boys did a great job talking Pistons – Magic over at The Basketball Jones podcast. Free Darko summed it up pretty well too over at Deadspin.

The Pistons are looking to dominate in the playoffs and with the first round matchup against the Magic they can start off their run on a good note. Dwight Howard is a beast and Grant Hill has been playing well, but this team doesn’t have what it takes to take more than a game from Detroit, if that.

Jameer Nelson wanted to face the Pistons in the first round. He thinks his team can “figure out” a way to beat Detroit. Well Jameer is going to have to “figure out” how to guard Chauncey, who flat out abuses Nelson, averaging 26 points per game against Nelson and the Magic. My guess is Chauncey is going to take advantage of the little fella, while the rest of the Pistons contain Mr. Howard. 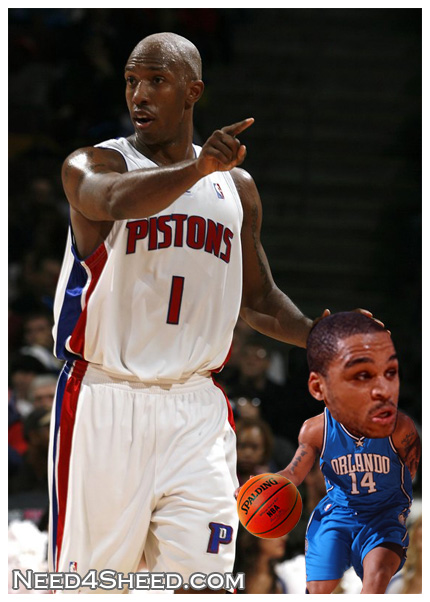