Back to Work Detroit Style

With Rasheed likely to be back in the lineup tonight I fully expect to see the Pistons get back to the dominating force that they were prior to the All Star break. Though they have won both meetings this season with Cavs, the Pistons need to send a message tonight.

All the Pistons need to do is come out and play Pistons basketball and it will be COOL. 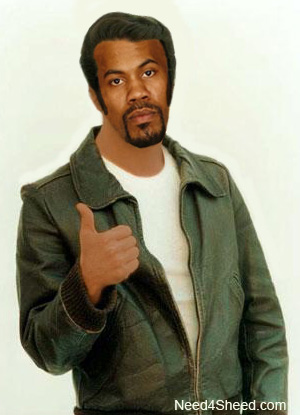 And don’t let Sheed fool you, I am sure he wants to have a big game tonight.

About two weeks ago on a TNT broadcast of the Bulls – Cavs game in Cleveland Dan Gilbert and company took a low brow shot against the whole state of Michigan.

Luol Dang was at the foul line in a tight game, nobody in the Cleveland crowd was making a peep during his first free trow attempt so the douchebags at Quicken Loans Arena put up a some kind of picture of Michigan on the big screen and the whole crowd started booing.

Another pathetic attempt by the good old folks in Cleveland. Funny how they diss us when we are not even in the building, when all they want do is BE US. It is Ohio after all.