Piston Pull One Out In Ben Wallace’s Return

It was a mix of boos and cheers as Ben Wallace was generically announced by Pistons announcer Mason at the Palace Sunday afternoon. There were no familiar gongs or fanfare, as Ben walked out to huddle with his new team before the Detroit crowd for the fist time.

The Bulls were playing a great game, and it looked like they were going to pull the upset, as they led by as much as 16 points in the third quarter. But the Pistons stepped up the defense and sank their shots to climb back and win this one. The game winner was a Chris Webber putback on a Chauncey Billups miss that sealed the deal with 2.2 seconds left on the clock and the score 95-93. The Bulls had a chance to win it on a Ben Gordon three, but it hit the front of the rim and bounced off. 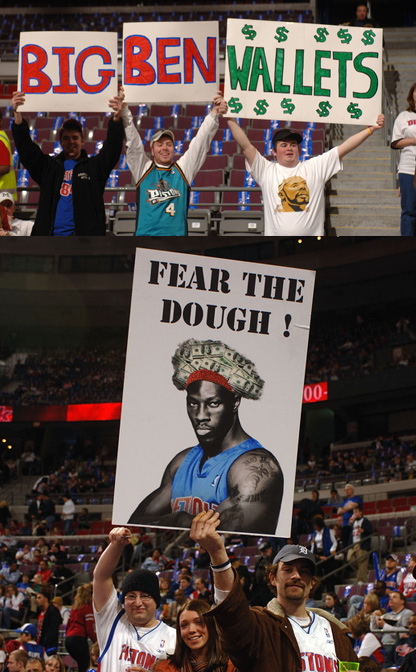 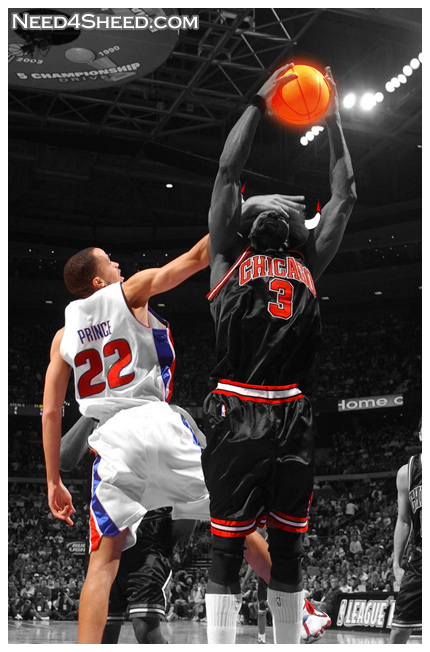 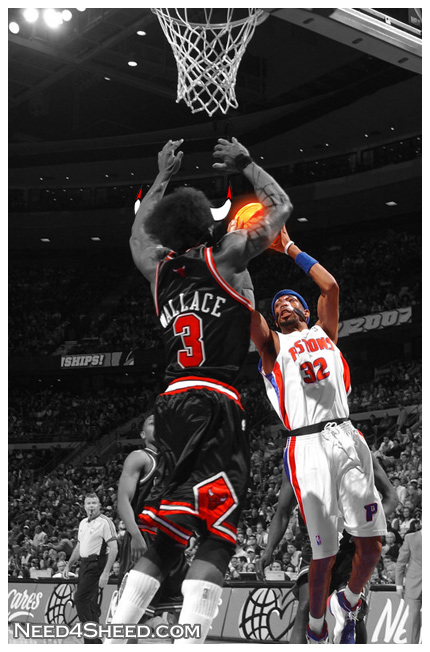 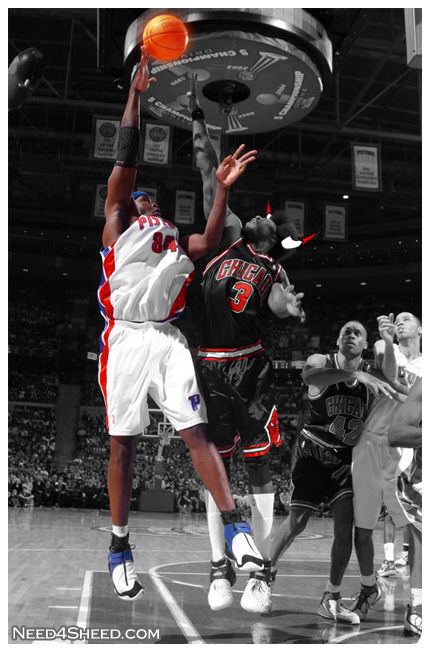 Amy, who never seems to fail us, had a little bit of trouble at the Palace today. Here is what she had to say.


“As soon as we walked in the front door the lady made us show her our signs and she said “No way, you can’t bring those in here.” I said “you’ve got to be kidding me….why? “….Because it was demeaning to another player. So my husband and a friend of mine took them out the door and into another entrance and the guy let them in.

Meanwhile, the rest of us went and stood in line to show them our tickets. We get to the front, the guy says “I can’t let you in with that shirt on because it’s derogatory to a player.” I just stood there and said this is ridiculous. He went and got his supervisor and then after waiting 5 minutes for this dude to come check us out he decided it would be ok if I came in! Are you kidding me?! What’s the big deal??? We went to Chicago dressed like this and nobody said a word! Anyhow, my bubble was burst after all that, but the game was still a lot of fun. Especially since we sat next to Chicago fans wearing Wallace jerseys. “ 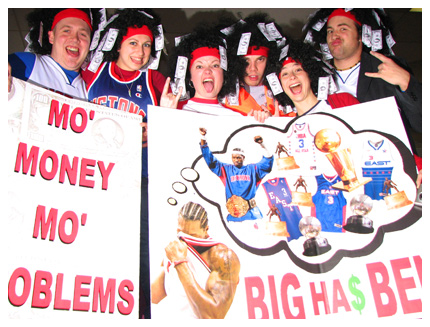