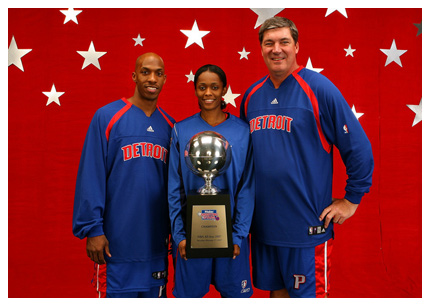 Kudos to Swin Cash, Chauncey Billups and Bill Laimbeer for winning the All Star Shooting Stars Championship. I do have to say a few things about the contest itself.

Though it wasn’t a huge event, it was nice to see Bill out there again pushing for a Detroit win.