Whooped by the Wizz

The Wizards beat the Pistons twice this week, evening up the season series 2-2. It was all Wizz in this one as the Pistons let Gilbert and company manhandle them. Detroit dug themselves an early hole and no matter how hard they tried couldn’t seem to get back in this one. 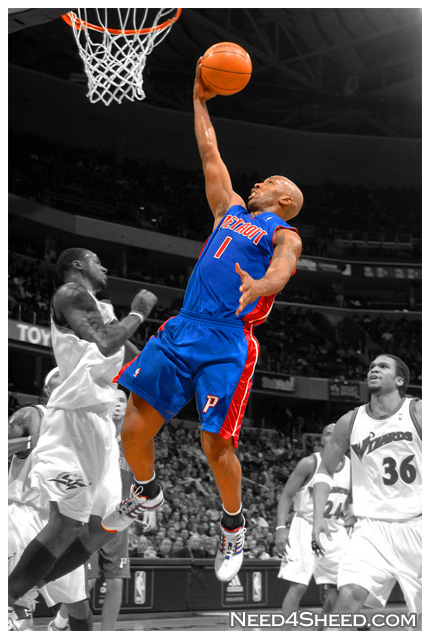 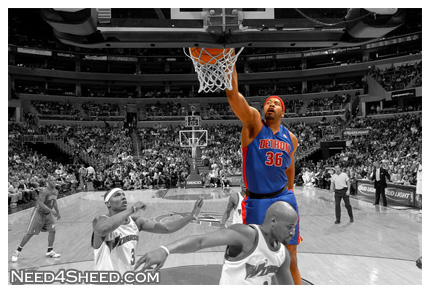 Need4Sheed reader Rebecca Knox, a Michigan native who is in the military and stationed in Virgina was in attendance and showing her Piston Pride. 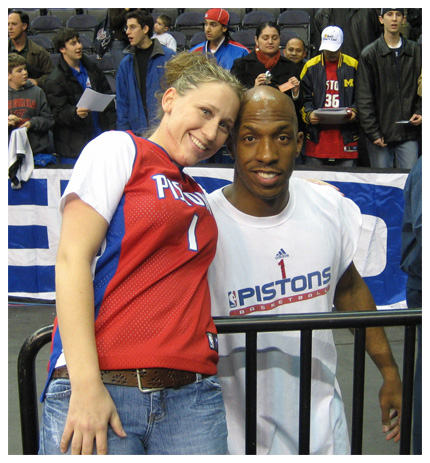 Here are a few thoughts about the game from Rebecca

“I was there at 5pm (a whole two hours before the game started), I was so excited the whole day that my boss told me to go home early because I was being useless at work. When I took the picture with Chauncey he asked me “did the picture turn out, I didn’t see a flash.” He also waved at me when I first got to the game, I think it’s because I was wearing his jersey.

There were quite a few pistons fans, in fact there was this crazy chick sitting by us that was writing a love letter to Dale Davis, who she had supposedly met at a party years and years ago. Don’t know what that’s about but we got a kick out of it anyways. I was by far the loudest Pistons fan there, in fact the girl in front of me kept plugging her ears when I was cheering, which only made me louder. I was Sheed loud, if that tells you anything.”

Note to Rebecca: You did get awfully close to Billups in that picture, did you have to wipe his sweat of your brow?

Oh how I love enthusiastic Pistons fans. I know I will never be alone.

Feeling a little down after this one? Well It’s Always Sunny In Philadelphia.