The Pistons finally took one from Indiana, who had won the previous 2 meetings between the two this season. Detroit, who played a an almost flawless first quarter, led by as much as 16 but the Pacers fought back to tie the game at 79 with 5:56 left in the game. The tie was short lived as the Pistons picked up their “D” and controlled the rest of the way for a much needed win at The Palace. 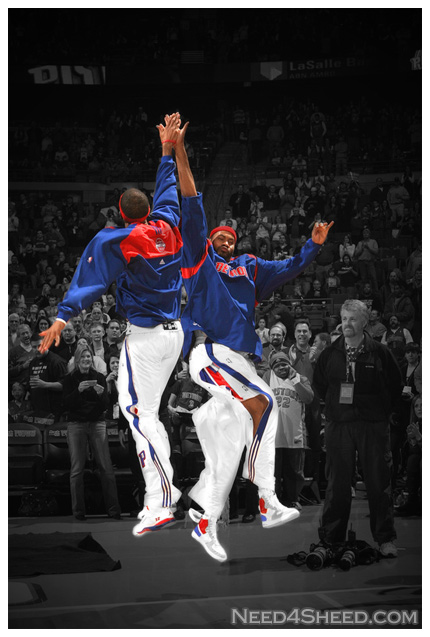 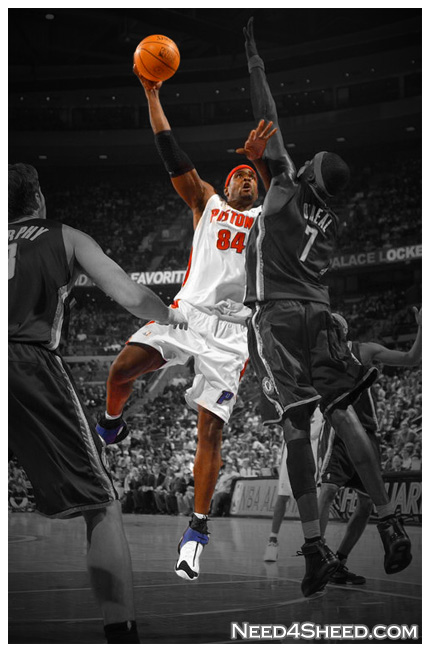 Murphey on the left went the short route. Dunleavy on the other hand is sporting a bit of a mullet. I finally figured out what made me think Dunleavy always looked peculiar. His eyebrows blend into his skin, making it look like he doesn’t have any. I helped him out and added a little bit of flair to go along with his new mullet. 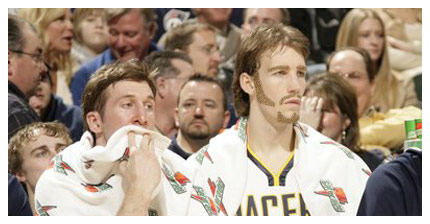 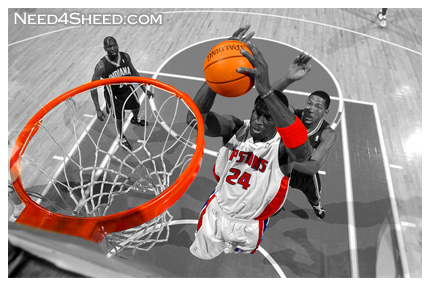 The Palace had a few unusual guests last night, three of Reno’s finest. Lieutenant Jim Dangle, Deputy Travis Junior and Deputy Trudy Wiegel were in Detroit to promote their new movie. Reno 911 is one of my favorite TV shows so I am excited about the Movie. Not many of you know me other than fact that I love the Pistons, but the fact that I love Reno 911 might shed some light into the kind of person I am. Now you know. Anyway, Dangle’s shorts were shorter than ever and he was even sporting a matching NBA headband. If you missed their appearance I have the Video for you right here. And if you haven’t had a chance to watch an episode of Reno 911, your missing out. 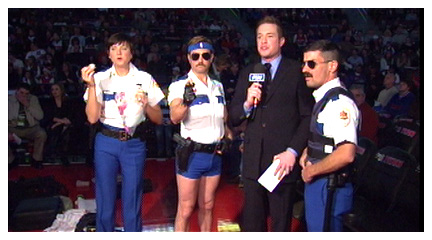