I attended the over hyped Pistons-Kings game, which we all know was the first time since “The Brawl” that Ron Artest visited The Palace of Auburn hills. Ron-Ron got booed and heckled, but I didn’t expect anything different.

What I missed that I later caught after watching the replay at home was crazy Ron’s game of Invisible Catch that he played with “friends” in the crowd that he made while in Detroit for his community service. I read about it after the game but we were lucky enough that the TV cameras captured it for our viewing pleasure. 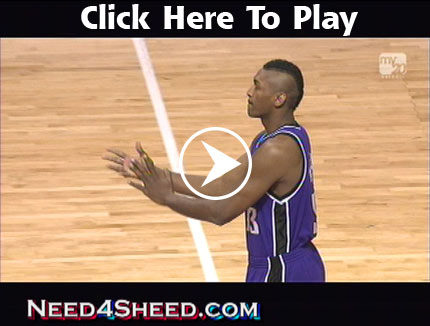 You will also notice at the end of the clip during the introductions Ron takes his gum out of his mouth and throws it into the crowd. Why wasn’t there more made of him doing that? Either way Ron is 5 cans short of a six pack, and it would take a hell of a lot to surprise any of us with his antics at this point.

I am a bit thankful that Need4Sheed reader Chris D. pointed something out to me. Ron Artest looks just like Grace Jones with his new Mohawk. Remarkable resemblance if you ask me. You think Ron is crazy? Grace Jones is winning that race by miles. What’s next Artest in a dress? I wouldn’t be surprised, didn’t he wear Rodman’s number last year. 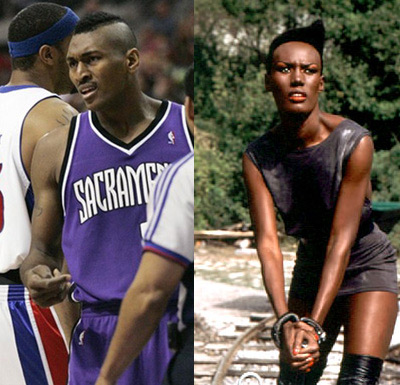