This is the latest commercial for the 25th Anniversary of the Air Force 1. The commercial features some of Nike’s greatest ballers, not to mention the man himself, Rasheed Wallace. Nike contacted me to let me know about the ad campaign, not that they needed to. I was already anxiously awaiting the release of the Limited Edition Air Force 1 Hi Supreme Rasheed Wallace, that drop 03/03/2007 with the price tag of $275.

This is the extended version of the commercial, I will have the behind the scenes video tomorrow. 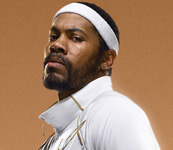 While your waiting check out www.NikeBasketball.com for more Air Force 1 goodness along with: