So now we know which teams Chris Webber is looking at. New Jersey, Orlando, Lakers, Miami and Detroit are the teams he mentioned in his halftime interview on TNT.

David Aldridge had him packing his bags and on the next flight into to Detroit Metro, but Chris all shut down that rumor. Does that mean Detroit’s still in the hunt? I think so. This article from Yahoo Sports says its all but a done deal. 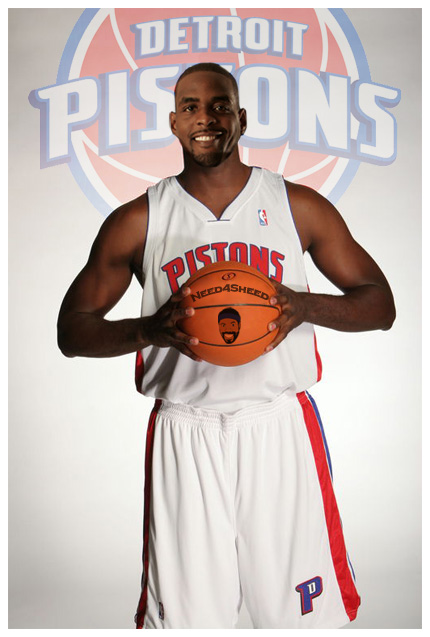 Webber wants to win a championship. He wants to be on a team who wants him and will let him play his game. He also wants to be in a locker room full of guys that mesh and like to be on the floor with each other.

Detroit can give him all those things, except a starting spot and jersey #4. He said in his TNT interview (video link) that he would like to be in the starting lineup. That’s just not going to happen in Detroit.

Now most Michiganders wouldn’t mind seeing C Webb in a Pistons uniform. A lot of poeple who follow basketball in Michigan have a soft spot for Chris (except maybe some U of M fans for what he did to their basketball program). They would love to see him end his career and maybe even win a championship with the team he rooted for as a child. They want him to come home and finally play in Detroit. Is it good for the Pistons? That depends.

If the Pistons can pull off getting Webber for the veteran’s minimum, I think it’s a good deal. If he works with the team, great. If not we don’t really lose anything. I think he would work well clogging the middle with Sheed and strengthen the bench. Do I see him starting here? No.

I am with Detroit Bad Boys on this one. If Webber comes to the D, wrap up Flip Murray and Dale Davis, trade them and get a reliable backup point guard for the team. That’s something the Pistons have needed since they traded Arroyo away. Though I love Lindsey, I don’t think we can count on him anymore.

Even Webber must know that his best years are behind him. If he truly wants to win a Championship he is going to have to swallow his pride and roll with a team that is a winner and take whatever roll he can to do that. What team right now that has realistic chance of winning the Championship this year is going to start him? Orlando maybe, but are they serious contenders?

It’s up to Chris now.

UPDATE:
I wasn’t even thinking about Chris in the starting lineup in Nazr’s place. I guess he can actually start in Detroit.