On The Flip Side 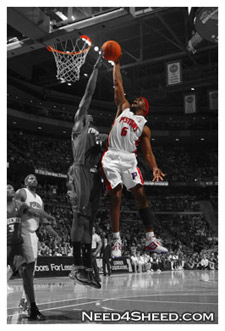 By reading the comments on this site and in the Need4Sheed Forums I have come to the conclusion that most Pistons fans are not on the Flip Murray Bandwagon. I for one see flaws in his game and don’t see him as a great fit with the kind of basketball that the Pistons play, especially at the point. One thing you do have to understand is that Flip is not a point guard, so his game is not modeled that way. He also seems to need plenty of minutes to get in the groove. The Microwave he’s not, but a decent shooting guard he is and when he gets hot he can score in numbers.

The problem most of us seem to have with Flip is his tendency to dribble down the clock and drive through the lane full of defenders to get his own shot off, rather than pass the ball. His turnovers don’t help either and not the best defender on the team. 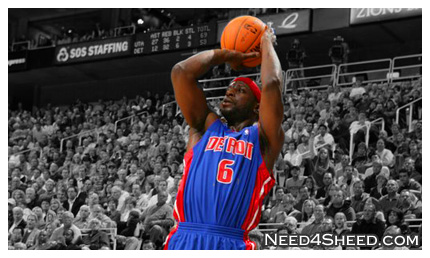 Now Flip did an admirable job in Chauncey’s absence against the Suns, 18 points 7 assists and just 2 turnovers in 38 minutes on the floor. He even made a few circus shots when we needed them, but does that performance give Pistons fans new found confidence in the ability of Flip Murray? Realistically in Chauncey’s return Flip is not going to see those kinds of minutes. And Flip seems to need that kind of time to be an asset to any team that he’s on.

I was made aware of these cool player widgets from The Cavalier at YAYSports, who is officially back from hiatus.