The Pistons made it two in a row last night beating the Sonics 97-93 thanks to a 10 footer with seven seconds to go courtesy of Mr. Maxiell. The Pistons, behind Rip’s 24 points and Chauncey’s 21 had no easy task against the Sonics. 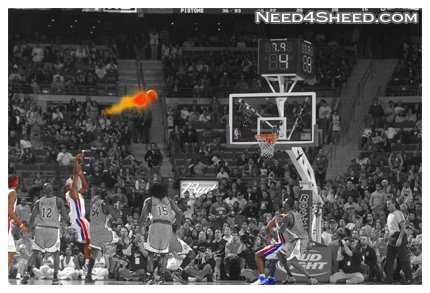 The highlights of the evening came from Dale Davis and Jason Maxiell who once again shined in Rasheed’s absence. Over and over we see Maxiell get “the max” out of his minutes, no matter how many they may be. Davis again played like he is in his 20’s, clogging the lane and grabbing every rebound in site. They both add a spark to the team when they are on the court.

You know of my fondness for Maxiell, I have been pushing for him to get more time all season. After the past two games and the effectiveness of Dale Davis and Jason Maxiell, I am hereby officially campaigning for each of them to get permanent spots in the rotation. They are both scrappy, big, fearless and they seem to be solving our rebounding problems. Did I mention the added D?

So here you have them Davis – Maxiell ’07 Get On Board 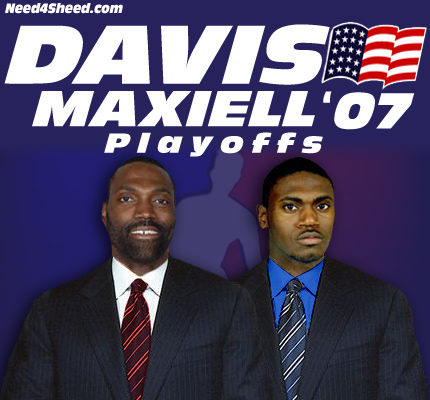