He’s got his own model Nike AF1: How do you NOT know who Rasheed Wallace is?


In 1982, Nike changed the game of basketball by introducing a shoe that literally changed the game. Want to know the real reason those old-school players wore such big, thick socks? It was for cushioning. Pre AF1’s, there was no such thing as shock absorption or arch support. Playing ball was murder on an athlete’s feet. The AF1’s shined a light on Nike’s breakthrough technology — they used the word “air” because that’s what was inside the sole of the sneaker. When Moses Malone became the first unofficial “ambassador” of the sneakers, he didn’t just get some kicks. He got more endurance, more stamina and more support. All thanks to Bruce Kilgore and the rest of Nike’s blossoming Research and Development team. Via Baller Status.com 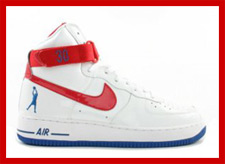 Since then there have been even more technological advances in the basketball shoe, but our good friend Rasheed Wallace still rocks the AF1’s on court. The shoes have become a cultural phenomenon, with limited editions and classic models, some even selling for thousands of dollars. But that is a whole other story in itself. Sheed has been wearing them for years now, before they became the shoe to be seen in. Rasheed wears them simply because he’s old school. He even has his own model the AF1 Sheed, but come to find out most people wearing them have no idea who Rasheed Wallace actually is. Sad isn’t it. 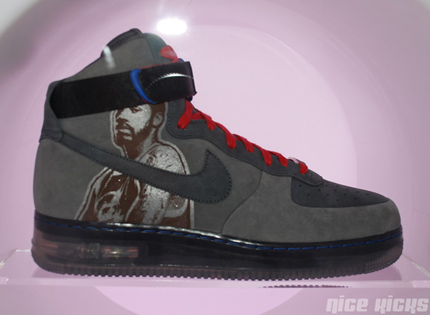