So Mr. Stern admitted Tuesday that the NBA should have sought more input from players before introducing its new game ball. At least he’s willing to admit to it and it seems as though he’s going to look into the situation, but do you think he would have even broached the subject unless the Players Union hadn’t filed a lawsuit? My guess on that one is a definite no. Nobody, especially someone like Stern, wants to admit he mishandled something as big as a equipment change considering he did it without any input from his players.

“Whether or not we did enough prior to it, we’re actually, well, we think this ball has many of the attributes that Spalding says it has,” Stern told the New York Times in a story posted on its Web site Tuesday. “It’s an improvement in many ways. But if our players are unhappy with it, we have to analyze to the nth degree the cause of their unhappiness.” “Everything is on the table,” he told the paper. “I’m not pleased, but I’m realistic. We’ve got to do the right thing here. And, of course, the right thing is to listen to our players. Whether it’s a day late or not, we’re dealing with this.” Via Sports Illustrated 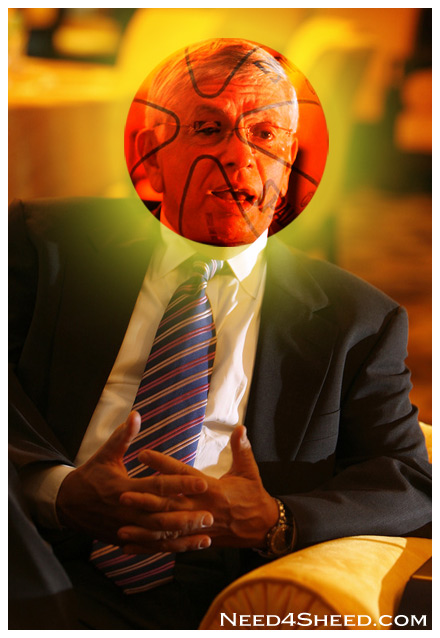 The players have many complaints about the ball from it getting too slippery when wet, the way it bounces both off the floor and the rim and texture of the ball. Now I don’t know if it’s me or if I am looking into things too closely, but I could swear that the ball bounces totally different off the rim. Shots that would have when in last year simply bounce off the rim in sort of a comical way. And some shots that you would think don’t have half a chance seem to bounce their way right in.

Whether Stern will address the Zero Tolerance issue is another thing. I am pretty sick of Rasheed being the poster boy for this rule, whether he coined it the “Sheed Wallace Rule” or not. You simply can’t read an article on the refs crackdown without someone commenting about Mr. Wallace. The whole point of my argument with the rule is that it’s being called unfairly. An And 1 gesture form Sheed gets him a tech, while others can bitch all they want without so much as a look their way from the refs.

I doubt if Stern will bring up the foul or uniform issues but this is a step in the right direction, whether he was pressured by the lawsuit or not.