Pistons hold off Bobcats at the Palace 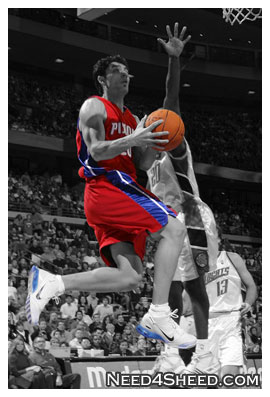 The Pistons made it five straight as they beat the Bobcats 104-95 at the Palace Friday night. Richard Hamilton scored 26 and Tayshaun Prince added 21, while Rasheed Wallace was one rebound away from another double-double with 19 points and 9 rebounds.

Tayshaun Prince held rookie Adam “Dirt” Morrison to just 13 points. The Pistons did just what they set out to do, frustrate Adam on both ends of the floor. While on offense he had the long Prince stuck to him like glue and on the other end he had to defend him. It was not Adams best showing but he seems to be the lone rookie that is standing out of this year’s draft class. His look on the other hand is still a puzzler. 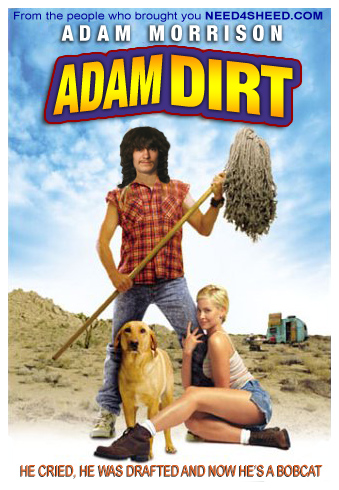 Although a sloppy third quarter kept the Pistons from pulling away, the Bobcats lead early in the fourth quarter. The Pistons took the lead 84-82 with seven minutes left in the game and never looked back. Delfino was a big part of the fourth quarter surge with all six of his points coming in a two minute span when the Pistons pulled away for good. Not only was he a offensive spark he also did a great job defending Morrison.

Flip Saunders had this to say after the game about Delfino’s play.
Video courtesy of my TV20 Detroit
The Pistons have another back to back tonight in Washington against the Wizards. The Pistons are going to have to be firing on all cylinders to beat the Wizards, who are desperate for a win, on their home court. And if anyone’s counting, the Pistons are now tied with the Cavs for first place in the central division.