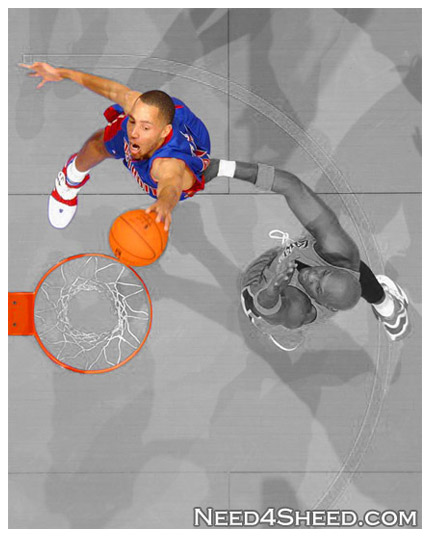 Compton native Tayshaun Prince dropped 31 on the Lakers matching his career high in front of family and friends as the Pistons went on the beat the Lakers 97-83. Mr. Big Shot added 21 points and looked like the Chauncey of old, in sync right from the start. The Pistons where without Rip Hamilton who sat out due to a hyper extended elbow and is listed as day to day.

I was surprised to see Dale Davis make his first appearance of the season. Rasheed Wallace got into early foul trouble with two in the first two minutes, but still managed to play 32 minutes and score 15. The biggest surprise of the night was the fact that Jason Maxiell didn’t play, most likely because McDyess and Mohammed had very productive nights with 22 rebounds between them.

Tayshaun single handedly took it to the Lakers in the third quarter scoring 17 of his 31 points to help the Pistons pull away to a 21 point lead. His crowning moment of the game came in the third when driving to the basket with a little fake that sent Kobe to the floor.
The Pistons looked good last night let’s hope they have found their rhythm.