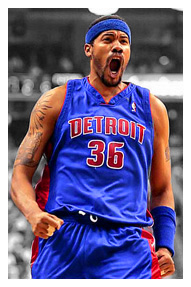 Much has been said about the Zero Tolerance Technical foul rule and many of you already know that I have started a petition to save Sheed. I would like to state by no means am I trying to say that the players should be able to say what they please but after watching this weekend’s games, I absolutely stand by the petition and what it stands for even more.

During Saturday night’s Suns – Clippers game I watched Nash and 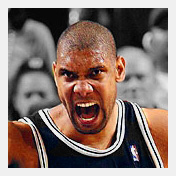 Cassell go at the refs and nothing happened to either of them. Then during the Spurs – Raptors game, Tim Duncan was allowed to flail his arms around when he thought a foul was called against him and no tech was assessed. I happen to like both Nash and Duncan but are they getting special treatment? This is precisely the reason that there is a problem with the way the rule is being enforced. I am quite sure that what Duncan, Cassell or Nash did during those games would have resulted in a technical foul had Rasheed done the same thing.

During the Celtics – Pistons game Friday night Wally Szczerbiak immediately got a tech when he emotionally reacted to a foul that was called against him. I wonder if that call would have went the same way had the Celtics been playing another team besides Detroit.

Sure this is an adjustment for everyone and the players will learn to deal with the way it’s being called but what does someone like Sheed do when the line is drawn a little differently for him?

FSN Detroit did a segment on the new rule and Hunter, Billups, and Saunders had a few things to say. Billups said this in response to Sheed and the new rule.

“He listens but it’s instincts, I can tell you anything I want but if it’s your instinct you’re going to revert back to it. I can talk as much as I want, you all can write as much as you all want but at the end of the day it,s instinct and it’s tough to change instincts man.”

So if you are one of the many who believe that the rule is not perfect and some players will be punished while others won’t, feel free to read over the petition and sign it.

If you would like to spread the word here is the link to the petition.