Everywhere I Look I See A Piston 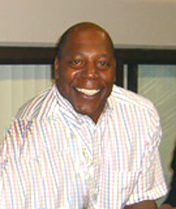 Last week I was out with some friends at a restaurant having dinner. In the middle of a conversation about the Tigers and their unbelievable play that had them in the World Series my friend announced, “Vinnie Johnson.” I looked at him like an idiot until I finally realized that Vinnie was standing right next to me getting seated in the booth five feet away. He looked great, very fit, very intimidating and with a big smile on his face. I sat back through the rest of my dinner and couldn’t help but remember the 0.07 shot that Vinnie sank in game five of the Finals to beat the Trail Blazers and win the 1990 NBA Championship.

Now living in Michigan, I have seen my fair share of Detroit athletes. I even had quite a few conversations with Grant Hill when he was a Rookie with the Pistons but what has happened after that night I saw Vinnie I just chalk up as odd. 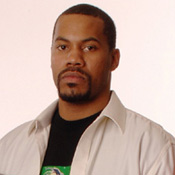 Three days later I was running some errands and who do I see in the car right next to me but Sheed. Now I am sure he doesn’t remember me from the Quite Frankly show but he did glance my way and I swear to you if I would have had my Sheedtastic sign that I usually keep in the car for game days I would have held it up. As he drove away I just smiled and called a few friends to tell them of my Sheedtastic sighting. 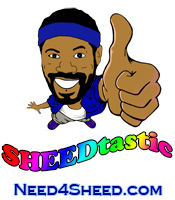 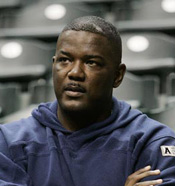 The very next day I was picking up a friend who just so happens to live right down the street from Joe Dumars. Now every time I go to her house I glance at Dumars house when I pass to check things out. On this day Joe was pulling out of the driveway. I was so surprised when I saw him that I almost drove over his neighbor’s lawn. I have been past the man’s house plenty of times but never caught a glimpse of him, or anyone for that matter. If you’re looking at the percentages I was bound to see him once, but the very next day after I saw Sheed and a few days after I saw his Bad Boys teammate Vinnie Johnson, that’s just weird. 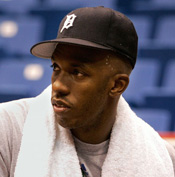 Yesterday I was making a quick stop to the mall and on my way who do I see but Chauncey Billups. I wasn’t quite sure if it was him or not because he was driving in a car with dark tinted windows, but when I caught a glance of him through the front windshield there was no mistaking it was Ba Ba Billups.

Now I don’t know what all of that means. I will see the rest of the team later today on court at The Palace as the Pistons open the 2006-2007 season, but this past week has been all Pistons for me. I wasn’t even going to share this story but I decided I needed to when I stopped at Best Buy before coming home and saw someone wearing a Need4Sheed Sheedtastic t-shirt. Weird? You tell me. It’s probably just pure coincidence but I am taking this as a good omen for the Pistons upcoming season. I’m on the Pistons Bandwagon, as I have been for as long as I can remember. 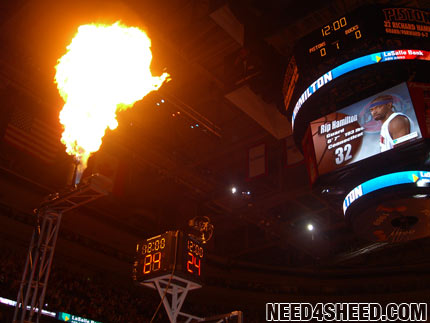