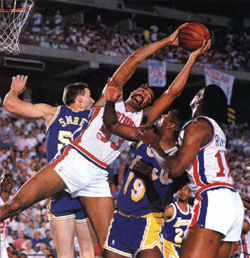 It hasn’t been that long since the NBA uniforms consisted of a jersey and itty bitty teeny tiny shorts. When you look at the sheer size of NBA players you have to wonder how and why anyone could design them the way they did. 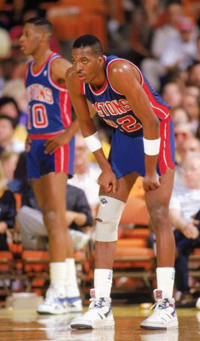 Nobody wants to see Rick Mahorn or Bill Laimbeer in Daisy Dukes playing on court. Those shorts barely covered up what they needed to, they showed more thigh then I needed to see and the players were constantly pulling or stretching them down during the game. The fact that a live broadcast should have been on a five second delay just in case the camera got a peak of something they shouldn’t have when someone like Rodman dove all over the court should have been a sign. Just image what the fans courtside got to see.

It also doesn’t come as a surprise that the players weren’t too happy about wearing hot pants on court. Joe Dumars gives you his take on the shorts in this video.

Now I am not going to get into the whole Pistons Teal era like Joe did, but needless to say I am sure Joe wasn’t the only player who didn’t like playing in toddlers clothing. Can you imagine what today’s players would look like on court? I am sure they wouldn’t be happy. 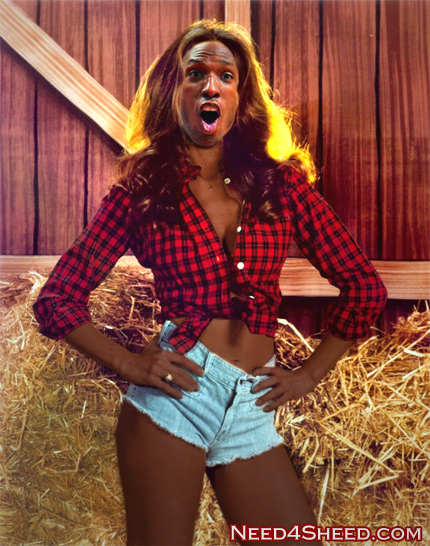 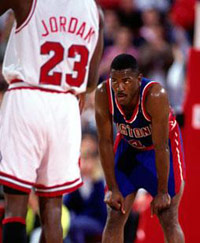 The only current player I can think of that has experienced the “short shorts,” is Sheed. Who once wore them on court in a nationally televised game after he got fined by the league for wearing his too long. Well, maybe Uncle Cliffy has, since he’s been around forever. By the way I’m looking for any pictures or video of Sheed in his retro attire. So if any of you have any evidence of that monumental game, please let me know. It would be wrong if Need4Sheed didn’t have a tribute to that on the website.