Billups and McDyess to Invest in Restaurant 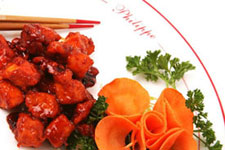 PHILIPPE The Upper East Side Chinese spot is to open a 350-seat restaurant in Mexico City next month, in partnership with a Mexican restaurateur, Pablo Moctezuma. The move is part of a bigger expansion plan, financed by a group of National Basketball Association stars. The next planned opening will be in the Hotel Gansevoort South in Miami Beach in January. The investors include Sebastian Telfair of the Boston Celtics, Chauncey Billups and Antonio McDyess of the Detroit Pistons, Tyronn Lue and Al Harrington of the Atlanta Hawks and Stromile Swift of the Memphis Grizzlies.Via The New York Times

I think posting when you are hungry is a bad idea, I am definately picking up food from one of my favorite restaurants tonight for dinner.