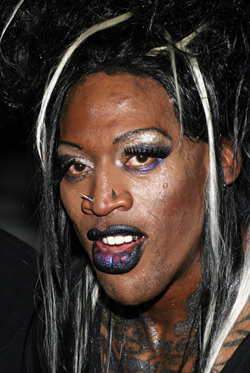 Rodmans comback dreams didn’t pan out the way he would have liked so he has signed on to do some Reality TV.

Tentatively titled, Geek to Freak, the program is scheduled to debut in January.
Cable World reports that the Rodman show is part of HDNet’s overall strategy to persuade cable TV operators to carry the channel.”

The sad thing is Dennis couldn’t even score a job with an mainstream network, he’s signed on with a HD channel whose hopes of pitching their channel ride on The Worm.

UPDATE: I was informed by a reader that HDNet is actually Mark Cuban’s network.