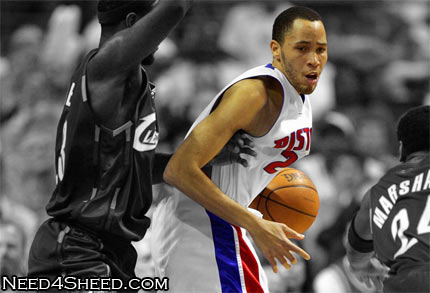 The Pistons were totally on their game Sunday at the Palace. Everything was working for the boys in Red White and Blue. Tayshaun was phenomenal on the offensive end, scoring a Pistons high 24 points and he was just as good defensively making it difficult for Lebron to get his shot off cleanly. Rip added 20, Chauncey had 14, Sheed had 10 and Ben was The Defensive Player of The Year, and it showed, blocking 4 shots with 11 rebounds. 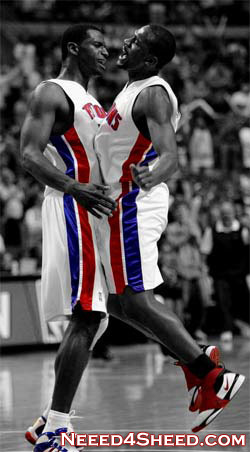 The funny thing about the blowout is that the Cavaliers played pretty well at the start of the game, but the Pistons were near perfect shooting 65% from the field in the first half and leading by 21 by halftime. Tayshuan was not the only one on Lebron, the Pistons showed him a bunch of different defensive sets, sometimes double and triple teaming him. Lebron needed help from his team and got very little, Ilgauskas was the only starter in double figures other than Lebron who had 22. Lindsey Hunter and Antonio McDyess each had 12 off the bench. Lindsey was on fire in the second half with 3, three pointers in consecutive Pistons possessions. At one point in the fourth quarter the Pistons had their biggest lead of 37.

As a diehard Pistons fan it was a great game to be at, the Palace was rocking and you could feel a certain magic in the air. I’m sure the rest of the series isn’t going to be this easy, although I wouldn’t mind. The Pistons need to bring their red hot shooting out again for game two and crush any hopes the Cavaliers have in this series. 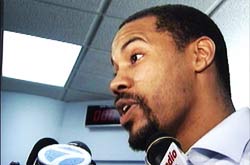 Ben Wallace was named Defensive Player of the Year again, there is nobody who can change a game like Ben can just from being on the court. As soon as the news hit Sheed, this is what he had to say. Watch the video, it’s just Another reason to Love Sheed!
Sheed In Response To Ben’s Defensive Player Of The Year Award Video

Right click and save or click to watch. Video courtesy of ABC
Channel 7 Detroit.
Game one, Simply……. 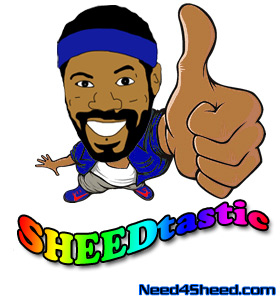