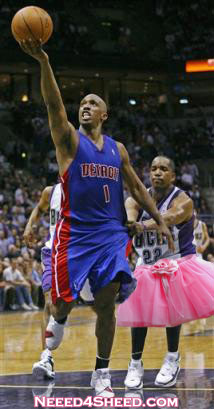 The Pistons beat the Bucks 109 – 99 to put their first round series at 3 – 1, with the next game at the Palace Wednesday night. Chauncey Billups led the Pistons with 34 points going 16-16 from the line. Chauncey was simply clutch in the fourth quarter helping the Pistons put the game away hitting back to back three’s and clutch free throws down the stretch. Tayshaun had a monster game with 18 points, 8 rebounds, 7 assists and two steals.

Rip and Ben both struggled, but added offense from the bench made up for the slack. Delk, Hunter and Evans all produced in short minutes off the bench. Dyess had a huge hand in this win with 11 points 11 rebounds and two steals. Antonio finished up the game in place of the non productive Ben Wallace, who ended the game with just one point and four rebounds. 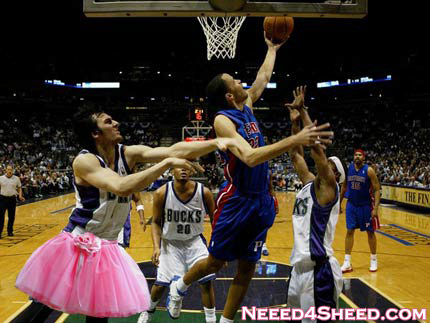 The Bucks played well, Michael Redd and T.J. Ford were huge and the Bucks again had a better shooting percentage than the Pistons going 55% from the floor to the Pistons 47%. But the Bucks missed some crucial foul shots and had a couple of turnovers in the fourth quarter that could have made the difference in the game. The Pistons had a bad shooting night again but pulled out the win. The key was the Pistons Championship poise and swagger, they know what it takes to win.

Rasheed again was too much for Bogut who simply is no match for Sheed in the post. Rasheed had 12 points and four rebounds, three of those points came in the last minutes of the fourth, putting the game away for the Pistons. Unfortunately Sheed got called for a tech, which makes his playoff count at 2, remember 7 and a Rasheed gets a one game suspension. 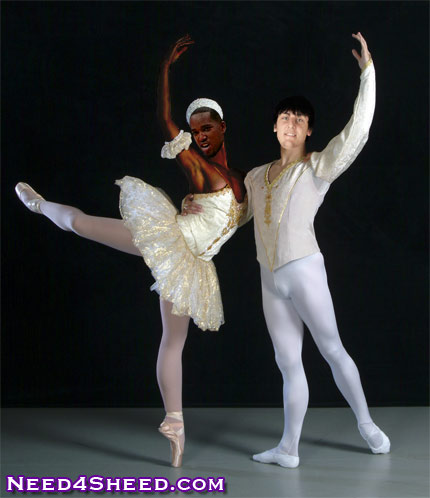 This series will be over on Wednesday, and hopefully Rip can have a little more time to heal while the Cavs and the Wizards battle it out. Their series is tied at 2, with game 5 on Wednesday.