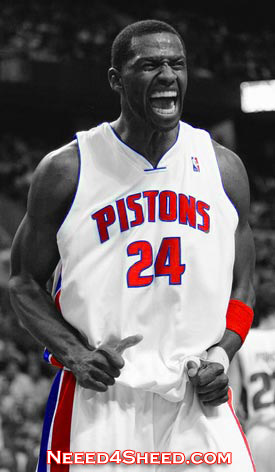 It was an uphill battle at Palace last night. The Bucks started the game on a 15-0 run forcing the Pistons to play from behind most of the game. Michael Redd was on fire hitting almost everything he threw up, but despite his 37 point the Pistons pulled it out in the fourth quarter to beat the Bucks 112-105.

Tayshaun and Rip each scored 25 and Sheed added 21 with 10 rebounds. Even with the great numbers they put up it was Antonio McDyess who shined again last night with 18 points, hitting clutch free throws down the stretch in only 23 minutes of play. Dyess is literally on a roll heading into the playoffs. It’s great to see the humble Dyess play so well especially when we really need it.