Big Shot Back On Track 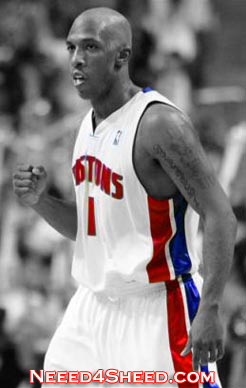 Mr. Big Shot is back and Rasheed isn’t the only one that’s happy about it. Chauncey led the Pistons with 31 points 11 assists and 2 steals and Rasheed added 21 points and 10 rebounds to beat the Dallas Mavericks 97-90. It wasn’t easy to put the Mavs away, the game was tied 17 times with 5 lead changes. Former Piston Jerry Stackhouse had 25 for the Mavs along with another 25 from All-Star Dirk Nowitzki.

I think The Pistons really wanted this game for a few reasons. They wanted to tie up the season series with Dallas 1-1, they were making a playoff statement and just in case we meet the Mavs in the Finals they didn’t want to go into the series not having won a game against Dallas all year. If you recall the Mavericks beat the Pistons a total of 3 times this year if you include the preseason.

Many of you are worried about our boys in red white and blue being in some sort of slump. Sure they aren’t shooting the way we are accustomed to. Sure our defense was a little out of character for a while. Yes we don’t score as many points in the paint as we should and maybe we are relying a bit too much on the three ball. But how can you complain about a team that has the best record in the league, a team that garnered four All-Stars this year and was on the edge of sending five. A team that was on the pace of winning 70 games this season. A team that has only lost three games at home all year. I’m not sure about you but I have no doubt where I will be come June, I will be sitting in The Palace watching The Detroit Pistons win another NBA Championship! 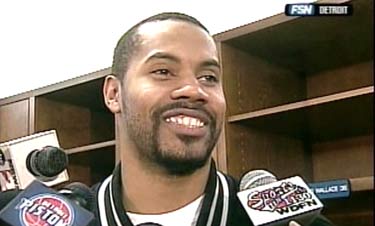